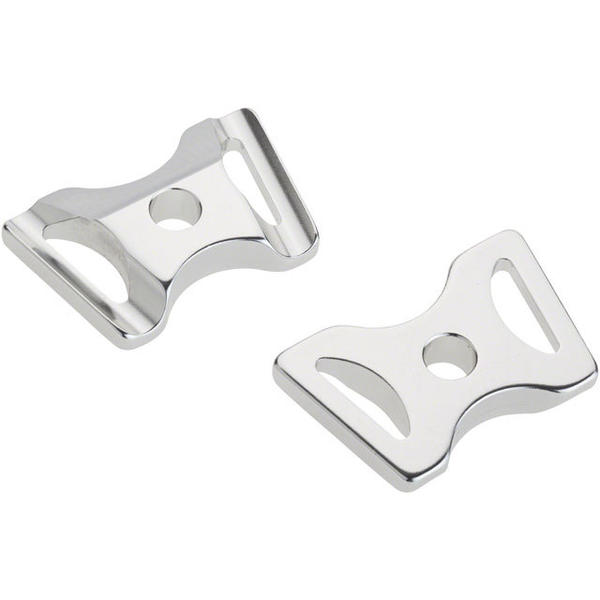 Surly made these handy plates for use with either the Long Haul or Disc Trucker frames, and only the Long Haul and Disc Trucker frames. They are to be used with a bicycle kickstand to keep your bicycle upright while not moving as if by magic. The plates consist of two halves that, when clamped on your frame in conjunction with a kickstand, protect your chainstays from hamfisting by sandwiching the frame between the plates. Have you ever eaten a hamfist sandwich? They taste terrible, so avoid them like the plague.